THE REFLECTION POOL represents a historic event where students staged protests in response to a decision by administration to overturn the student council elections.

THE ALUMNI-FOUNDATION EVENT CENTER offers an elegant ambiance for formal or informal events. It is the perfect place to host a conference, meeting, wedding, party or banquet. It is equipped with the latest in lighting and audio visual components all tailored to your budget. It is only minutes away from the heart of downtown Greensboro.

THE A&T FOUR—On Feb. 1, 1960 in Greensboro, North Carolina, four A&T freshmen, Ezell Blair Jr. (Jibreel Khazan), Franklin McCain, Joseph McNeil and David Richmond, walked downtown and “sat-in” at the whites-only lunch counter at Woolworth’s. They refused to leave when denied service and stayed until the store closed. The very next day, 25 students from A&T and other Greensboro colleges/universities joined them. In the next 10 days, students across the state of North Carolina participated in similar sit-ins. By week three, demonstrations had expanded to at least 250 major cities and towns across the country. Woolworth’s was desegregated by the end of July 1960. It was the protest of these four heroes that became the model and inspiration for later civil rights, anti-war and women’s liberation movements.

THE PLOT is an area where members of governed Greek letter organizations gather. Collectively, they serve as the liaison between the University and students in matters of common interest. They also positively compete in scholarship, service, and athletics.

AGGIE STADIUM is the home of N.C. A&T’s football games. It opened in 1981 and is the second largest on-campus football facility in the Triad. The stadium can hold 20,000+ spectators and includes accessibility services. It also houses athletic offices. The most recent addition to the stadium is the state-of-the-art video scoreboard to enhance the gameday experience.

THE DEESE CLOCK TOWER is the latest addition to the campus. It was made possible through the generosity of Willie A. ‘77 and Carol C. Deese, and was dedicated on March 24, 2016 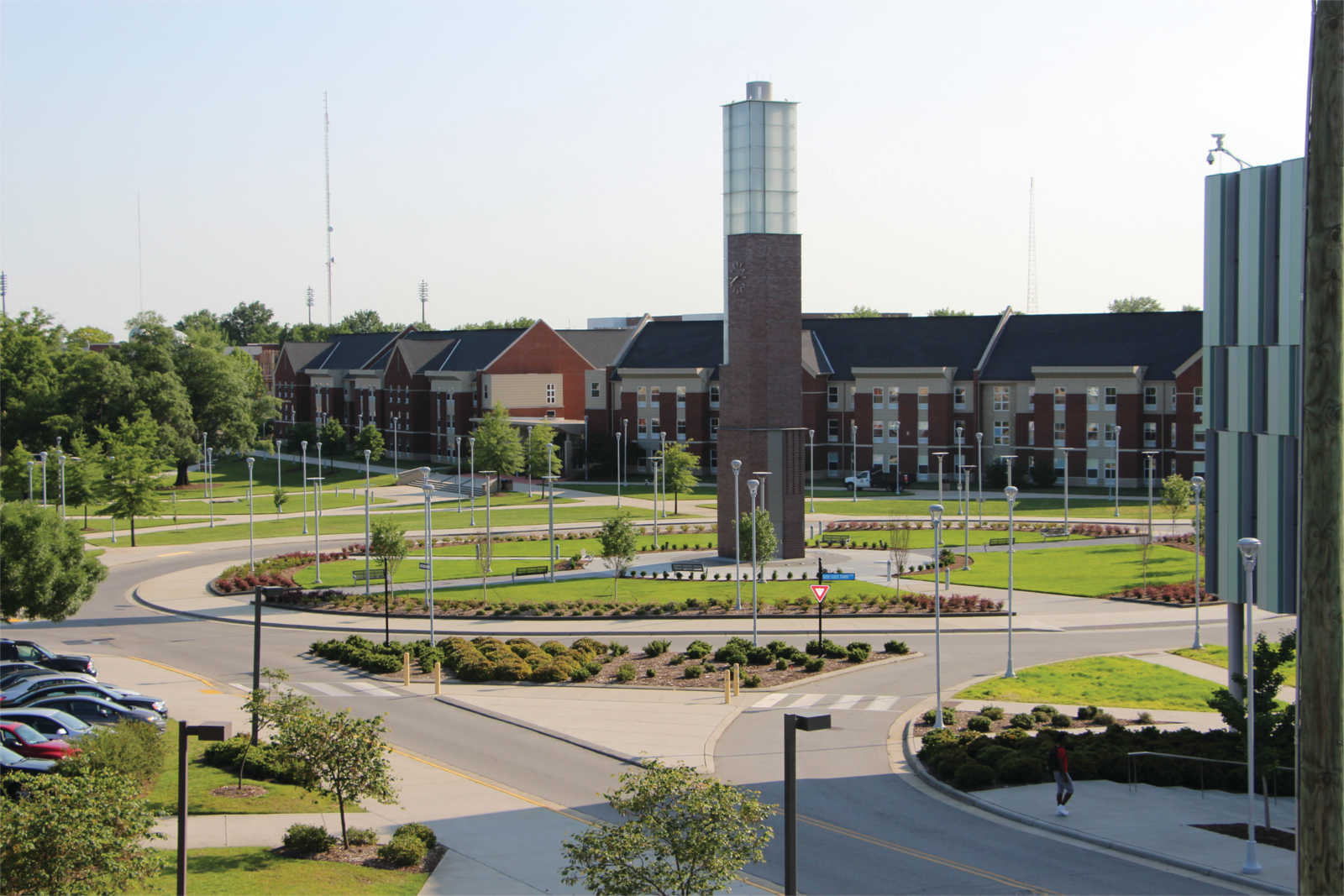 THE STUDENT CENTER is open! It is the community center of the campus. The 179,049-square-foot facility provides space for student organizations, study rooms, an atrium, dining options and much more.

THE CAMPUS RECREATION CENTER features a stylish yet motivated environment to foster and elevate healthy lifestyles of the Aggie community. It provides a broad and diversified program of sports and activities to meet the needs and interests of the entire campus.

CORBETT SPORTS CENTER is one of the toughest places to play in the Mid-Eastern Athletic Conference and even Division I. It is where our men’s and women’s basketball teams take it to the court! In an ESPN.com poll, fans ranked the Aggies as the 14th best atmosphere in the nation and we were the only HBCU in the poll.

THE 492-ACRE UNIVERSITY FARM plays a significant role in the vitality of the agriculture industry. It features livestock and horticulture production which educate future agriculture professionals, research new agricultural products and practices, and advise farmers on methods to improve productivity. The Campus Cooperative Extension Program uses the farm to test and demonstrate new crops and farming practices before introducing them to the state’s farming community.